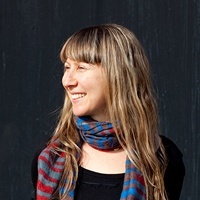 Lauren Hermele is a multimedia storyteller and a documentary, editorial and fine art photographer. She received a Fulbright grant for photography in 2009 and was chosen to be part of PDN’s 30 in 2012. Hermele is an ICP graduate of the Photojournalism & Documentary Program, and she has worked on photo projects in the Republic of Georgia, Romania, Colombia, Peru, New Orleans, Texas, Vermont, New York and Washington, D.C. Previously, Hermele was based in Barcelona for nearly ten years, where she worked as a translator, editor and photographer.