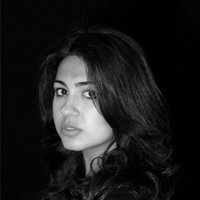 Diana Markosian is a documentary photographer who pursues long-term projects in some of the most remote corners of the world. She has been deported from Azerbaijan and smuggled into Burma by a rebel army and detained by Chechen militias, all in the name of documenting a story. Her work can be found in publications like The New York Times, The New Yorker and Time.

Markosian was featured in PDN’s 30 in 2014. Her work can be found in the Communities, Cultues & Family category in the Emerging exhibit.

I wanted to break the distance I had with my subjects as a photojournalist. I wanted my subjects to participate in the process of telling this story.