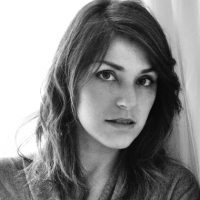 Annalisa Natali Murri began photographing while attending an Architectural and Urban Photography course at EAF, Spain. After completing her study in engineering, she began to alternate her work to photography, focusing on personal research works and documentary projects, mainly inspired by social issues and their psychological consequences. Her work has been awarded in several international contests, including the 70th and 71st POYi, where she won the Community Awareness Award for her project “Len’s Daughters.” In 2015, she was named one of the PDN’s 30 emerging photographers to watch.