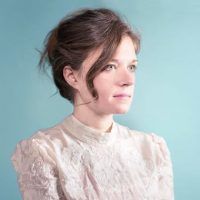 Anna Beeke is a documentary and fine arts photographer. She holds an MFA from the School of Visual Arts, a certificate in photojournalism and documentary photography from the International Center of Photography and a BA from Oberlin College. Most recently, she was included in PDN’s 30 2015, and was one of four finalists for the Wallis Annenberg Prize. Her project “Sylvania” has won several awards and grants, including the WIP/LTI Lightside Materials Grant, the Magenta Flash Forward Competition and the Syngenta Photography Award’s Judge’s Choice. “Sylvania” was also a finalist in the 2014 Daylight Photo Awards, receiving a Juror pick from Julian Cox, chief curator of the De Young Museum, and will be published as a book in fall of 2015.