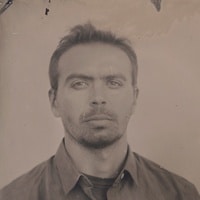 Peter DiCampo is a documentary photographer whose goal is to contribute his work to a dialogue on international development. He launched his freelance career while also working as a Peace Corps Volunteer in rural Ghana.

He was selected to participate in the World Press Photo Joop Swart Masterclass in 2013, was named one of PDN’s “30 New and Emerging Photographers to Watch” in 2012 and was a member of the VII Mentor Program from 2010 – 2012. He has received three grants from The Pulitzer Center on Crisis Reporting, in 2009, 2011 and 2012, and additional awards from POYi, The Photocati Fund, The British Journal of Photography IPA and Magenta Foundation Flash Forward. His acclaimed “Life Without Lights” project on global energy poverty has exhibited in London, New York, Rio de Janeiro, Vienna, Hannover and Lagos.

DiCampo is the co-creator of “Everyday Africa,” a project focused on daily-life images from across the continent to refute the stereotypical media image of Africa. DiCampo’s photography and multimedia work have been published by Time, Newsweek, Vanity Fair, The Wall Street Journal, Le Monde and GEO.

DiCampo was featured in PDN’s 30 in 2012. His work can be found in the Global Inequality category in the Emerging exhibit.

I hope that, through looking at a picture of a woman hanging laundry in Uganda or a man in suit-and-tie in South Africa, he understands that people aren’t always so weak with disease and starvation that they can barely swat the flies gathering around their faces, or arguing over a Coke bottle.