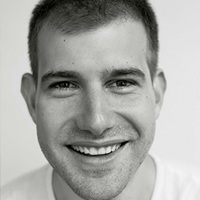 Pari Dukovic is a New York-based photographer of Greek descent whose wide-ranging practice is informed by a fascination with historical painting and sculpture. His colorful and atmospheric portraits appear regularly in The New Yorker, where he was appointed the magazine’s youngest ever staff photographer in 2013.

Dukovic was featured in PDN’s 30 in 2011. His work can be found in the Capture vs. Perception category in the Emerging exhibit.

I started discovering emotions, expressions and nuances on the streets that I would not have had a chance to record if I had chosen a more traditional photographic technique.