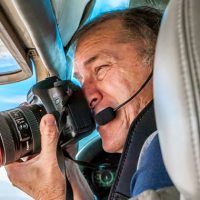 Mark Holtzman is an American photographer based in California. His striking aerial images capture unique perspectives of life in California, including the perilous impacts of erosion on California’s beaches.

Holtzman is the recipient of several awards including World Press Photo and Pictures of the Year International. His work has appeared several national and international publications including Sports Illustrated, Wall Street Journal and Vanity Fair.