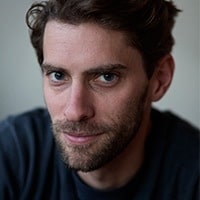 Jonas Bendiksen fell in love with the former USSR and spent several years there as a photographer. This resulted in his first book, Satellites – Photographs from the Fringes of the former Soviet Union, which was published in 2006.

Bendiksen’s fascination with enclaves and people living in isolated communities led to his next major project, The Places We Live, a three-year journey through four slum communities around the world. In 2008, it became a book and exhibition featuring projections and voice recordings in a three-dimensional installation.

Bendiksen has worked with a diverse group of clients, including GEO, Newsweek, The Sunday Times, The Rockefeller Foundation, Goldman Sachs and many others. Since 2004, he has had the pleasure of working with National Geographic Magazine on many stories.

I love working on stories that get left behind in the race for the daily headlines - journalistic orphans. Often, the most worthwhile and convincing images tend to lurk within the hidden, oblique stories that fly just below the radar.