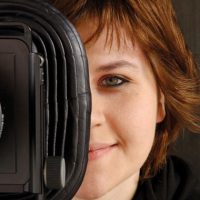 A native of Poland currently based in New York City, Magda Biernat is a freelance photographer specializing in architecture and interiors. Her photographs, produced on assignments around the world, have been published in, among others, The New Yorker, The New York Times, Interior Design, Wallpaper, Metropolis, Dwell and Afar. Biernat’s personal work deals with themes of home, habitation and belonging, and has been exhibited both nationally and internationally. She has been the recipient of several awards, such as the TMC/Kodak Grant, Lucie Award and Magenta Foundation Flash Forward.