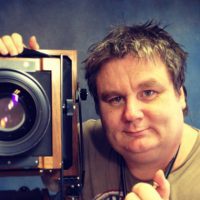 Jan C Schlegel (1965) was born in the Black Forest of Germany. He discovered his passion for photography at the age of 14. From the influence and counsel of Walter Schels and Ton i Schneiders, he began to ascertain his fervor for black-and-white portraits. At 18 he was professionally trained in photography. In 1998, he began traveling throughout Asia and Africa with the objective of photograhing diverse people groups and tribes. Through these experiences, he developed a striking style of capturing the beauty in these nations. Schlegel not only succeeds in creating artistic photographs, but also in documenting and preserving unique artworks – the people themselves. None of the people photographed wear special make-up or were specially dressed before the photos were taken. They were all captured in their own habitat — at the market, in the billage square or simply on the roadside. Schlegel focuses on the person, not the environment or circumstance in which they live. Nothing was staged, nothing is fake. You see the people as they really are, raw and real. But most importantly, clear and unignorable, is the beauty of these people. Each one of them is unique, precious and irreplacable. Each viewing becomes a jewel, evoking the beholder’s emotions in a way that goes beyond the bare pleasure of arts — these are not pictures of people, but pictures about people. The viewer has the opportunity to encounter foreign cultures to gain insight on the realities of these people. The picture’s compositions, the highly-contrasted play of light and shadow, the inner dynamics and the extraordinary perspectives, open a crack in the door of secret treasures of this world that are becoming increasingly difficult to find. Schlegel takes part in the race against globalization, fighting against that which threatens to change these cultures and rob them of their disctinctiveness and individualism. Schlegel works for the Univeristy of the Nations. He teaches courses in Photography and takes students through Africa and Asia, mentoring them as they discover their own way of seeing. Thus far, Schlegel has traveled to 61 countries and is still in pursuit of the beauty and diveristy of the nations.