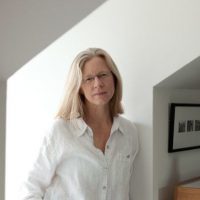 Lynn Johnson is known for her intense and sensitive work, dividing her time between assignments for National Geographic and various foundations. Johnson has traveled from Siberia to Zambia and has photographed many famous celebrities and the entire Supreme Court.

As a Knight Fellow in the School of Visual Communication at Ohio University, Johnson completed a rigorous program that included her Masters thesis, an exhibit about the hate crimes in American Society, titled “Hate Kills.” Johnson first earned a B.A. in photographic illustration and photojournalism at the Rochester Institute of Technology. After graduating, she was a staff photographer at The Pittsburgh Press for seven years before beginning her freelance career as a contact photographer for the Black Star and Aurora Photos.