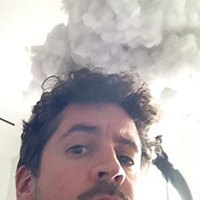 Rob MacInnis received a President’s Scholarship from the Rhode Island School of Design, where he recently graduated with a Masters in Fine Art. He was selected for Magenta Publishing’s Emerging Photographers 2006, 2007 and 2009 publications, NSCAD’s Off The Wall show, ACT’s SNAP!08 auction for AIDS research, The Casey House “Art With Heart” auction and a featured exhibition in the Contact Photography Festival 2007, 2008 and 2009.

MacInnis’ work has been featured on Fashion TV and was the subject of the Bravo documentary series Snapshot. His prints can be found in both private and public collections both domestic and international, such as the Canadian Association of University Teachers, The Nimoy Family Foundation, Citibank and the Museum of Fine Art, Houston. His images have been published in Enroute Magazine, Eye Weekly, The Globe & Mail and The New York Times.