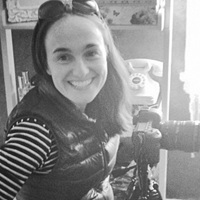 Anna Agoston is an award-winning artist, architect and contributor to the Huffington Post Arts & Culture Blog. Since January 2014, she has received six international awards, participated in numerous juried group exhibitions and been published several times. Her self-published books, Untitled Vol.1 and Untitled Vol.2, were recently added to the libraries at The MoMA, The Smithsonian American Art Museum and other renowned cultural institutions.

Agoston challenges the concept of aesthetics, by making art that is intended to invite contemplation. Her artwork consists of black-and-white macro photographs of plant elements photographed in nature.