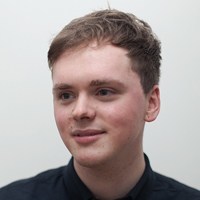 Peter Holliday is a Scottish photographer based in Glasgow. In August 2015, he was one of 20 art graduates selected across the UK by Creative Review for their Talent-Spotting feature in association with JCDecaux and Creative Translation. His project Where the Land Rises was chosen for Scotland’s 2015 graduate showcase Futureproof, and in October 2015, he was selected as the winner of the second edition of the Blow Up Photography Annual.

Holliday’s work has appeared internationally both online and in-print in major publications such as Wired, The Weather Channel and Libération. Holliday was invited to exhibit Where the Land Rises as a solo show at the Reykjavík Museum of Photography.

Holliday’s work considers the symbiotic relationship humans share with the environments we find ourselves in. Reflecting on ideas of time, memory and home, Holliday is interested in investigating the emotional and cultural significance of the topographies that underpin humanity’s existence.