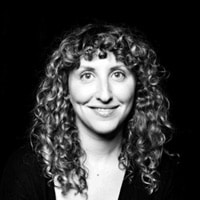 Nona Willis Aronowitz is an author and editor who writes about women, sex, politics, and the economy. She is the features editor for Splinter and her work has appeared in The New York Times, the Washington Post, New York magazine, The Guardian, Playboy, and Rookie, among many others. In the past, she’s worked for Talking Points Memo, NBC, NPR, GOOD magazine, and the Chicago Tribune. She writes a regular newsletter called F*cking Through the Apocalypse.

With Emma Bee Bernstein, she is the co-author of the book Girldrive: Criss-Crossing America, Redefining Feminism, a road-trip book of essays and photography about the state of young feminism across the United States. She’s also the editor of an award-winning anthology of her mother Ellen Willis’s rock criticism, called Out of the Vinyl Deeps, as well as a more comprehensive collection of her work, The Essential Ellen Willis, which won the 2014 National Book Critics Circle award for Criticism.

She graduated from Wesleyan University in 2006 and wrote her honors thesis about 1970s pornography and the sexual revolution. She lives in Brooklyn.