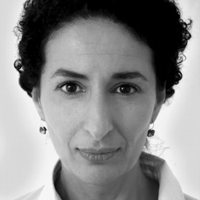 Nadia Benchallal is an award-winning Franco-Algerian photographer. She studied photography at the International Center of Photography (ICP) in New York City. She has worked for international magazines and newspapers among which Le Monde, Geo, El País ,Time Magazine, Die Zeit, La Repubblica Della Donna, and Newsweek. She has traveled extensively for her work from Saudi Arabia, Bangladesh, Japan, Egypt to Turkey and her work has been widely exhibited. Her awards include a Visa d’Or from Perpignan in 1994, a W. Eugene Smith Fellowship, and a Mother Jones grant. She also received a “European Eyes on Japan” grant with which she documented the life of women in Gunma State in the Japanese heartland in 2001. She is currently documenting the Muslim world and has developed an in-depth project on Muslim women called “Sisters”.