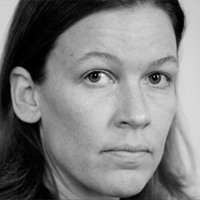 Photographer Carolyn Drake lived in Istanbul between 2007 and 2012, while pursuing documentary projects in Central Asia. Her work is concerned with the communities, ecologies and economies in a region at a folding point of world power; and with the potential and limits of photography in conveying truth there.

Presenting images from the Muslim Uyghur regions of western China and the post-Soviet countries between Afghanistan, Iran and Russia, Drake will discuss how two long-term projects evolved from a personal journey through the region in 2007. She’ll consider the ways National Geographic assignments helped propel her work, as well as the points where her work diverges from the National Geographic approach.

Drake is the recipient of a Guggenheim fellowship, a Fulbright fellowship, the Lange-Taylor Prize and a World Press Photo award. She works on assignment for National Geographic, The New Yorker and TIME. Her first book, Two Rivers, was published in 2013.