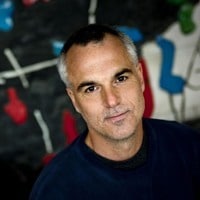 Paul Hansen is a photojournalist based in Stockholm, Sweden. As a staff photographer for the daily newspaper Dagens Nyheter his assignments and self-initiated projects, take him all over the world – as well as just around the corner. In working with multimedia and by also writing his own reportages Paul assumes a big journalistic responsibility to great acclaim by his newspapers readership. In covering events whether it is in Haiti, Bosnia, Afghanistan – or back home in Sweden there is always one common denominator that link his work together; empathy. His visual storytelling has, among many domestic and international prizes and honors, also awarded him “Picture of the year” two times and “Photographer of the Year” in Sweden eight times. He was also awarded “Photographer of the year Newspaper” in POYi 2010 and 2013, “World Press Photo, 2012″ and a second place in “Photographer of the year” in POYi 2015.