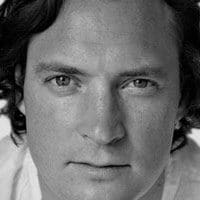 Marcus Bleasdale is a British photojournalist who uses his work to influence policy makers around the world. He spent over twelve years covering the conflict within the borders of the Democratic Republic of Congo. His work on human rights and conflict has been shown at the United States Senate, the U.S. House of Representatives, The United Nations and the Houses of Parliament in the United Kingdom.

Bleasdale’s work has appeared in the New Yorker, The New York Times, The Telegraph Magazine, Le Monde, Time, Newsweek and National Geographic Magazine. His photography exhibitions include “The Rape of a Nation” and he has published two books: One Hundred Years of Darkness and The Rape of a Nation.