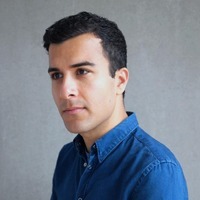 Jassim Ahmad joined Reuters in 2000 and works in its Media division as Global Head of Multimedia & Interactive Innovation, with responsibility for developing high-impact visual storytelling.

In his previous position as Head of Visual Projects, Ahmad managed Reuters’ programme of books, exhibitions and other other visual communications. He has produced several publications with Thames & Hudson, including The State of the World – published in 10 languages and staged as an exhibition in 25 locations in 10 countries, Sports in the 21st Century, and the Our World Now annual collector’s series.

Ahmad is of British-Indian nationality and is based in London.