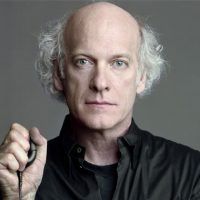 His portraits can be found in numerous museum collections; both the Museum of Modern Art and the Museum of Fine Arts, Houston own limited editions sets of Art World, his 1999 collection of 700 portraits of artists, dealers, collectors and critics. In 2012, the National Portrait Gallery in Washington, D.C. exhibited all fifty large-scale images from The Black List series.

Greenfield-Sanders has produced and directed eleven feature documentaries to date. He won a Grammy Award for his 1998 film Lou Reed: Rock and Roll Heart and a NAACP Spirit Award in 2009 for The Black List: Volume 1. In 2015 he received the Pratt Legend Award.

Books of Greenfield-Sanders’ work have been published by Atria, Skira, Powerhouse, Bulfinch and Fotofolio. Timothy Greenfield-Sanders received his B.A. from Columbia University in New York and his M.F.A. from the American Film Institute in Los Angeles.