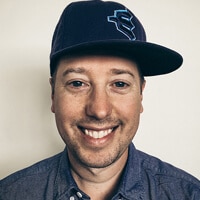 John Keatley channels his need for control, individuality and human connection into photographs that leave the viewer with a sense of wonder and intrigue. Responding to his own personal strengths and insecurities, the subjects in his portraits often appear confident without taking themselves too seriously. On a journey of self-discovery, Keatley delves into topics of identity, individuality and perception of others in his recent Identity series, leaving the viewer to question how they view others as well as themselves.

Ever interested in forging deep bonds in his relationships, Keatley imbues the imagery he creates with authenticity and intentionality. Keatley’s portraits of Anthony Hopkins, Annie Leibovitz, Sarah Palin and Macklemore have been included in the American Photography annual.