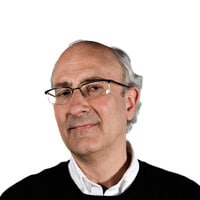 Charles Rozier has been photographing the people around him continuously for 40 years. During most this time, he supported himself as an industrial designer, showing none his photographs. In 2008, he began organizing a series for display, and has since shown his work in over 25 juried exhibitions internationally. He is assembling a book project, House Music, based on excerpts from that work, and has since begun a new series of composite studio portraits.