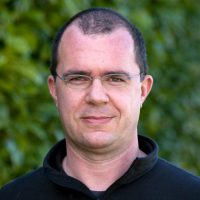 Daniel Beltrá is a conservation photographer based in Seattle. Originally from Madrid, Beltrá began shooting for Greenpeace in 1990. His work has been recognized by the World Press Photo awards, the Pictures of the Year International and the National Press Photographers Association.

Beltrá won the 2009 Prince’s Rainforests Project Award (PRP). The PRP commissioned Beltrá to photograph each rainforest in the Brazilian Amazon, the Democratic Republic of the Congo and Indonesia for a month. The photos that he produced during this time, along with some from his archive from previous years, were edited together to produce a book, online multimedia presentations, pamphlets and print exhibitions around the world. These various forms of media were aimed to help people make the connection between tropical deforestation and global warming, and show how their own consumption habits impact these processes.