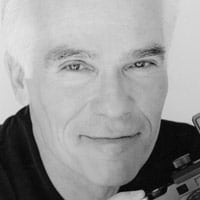 Many people remember Gil Garcetti as the Los Angeles County District Attorney. Much of his life, however, has been as an urban photographer. Since leaving the District Attorney’s office in 2000, Gil has six photographic books published and has had photographic exhibitions around the world, including the United Nations, the National Building Museum in Washington D.C., the Millennium Art Museum in Beijing, New York City Public Library for Performing Arts and the Fowler Museum at UCLA.