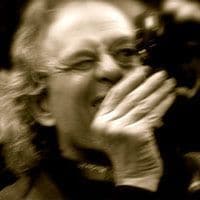 Michael Nichols has produced 25 stories for National Geographic magazine, devoting his career to producing photography that effects environmental change. His work with conservationists such as Mike Fay and Jane Goodall has resulted in many books, including Brutal Kinship, The Last Place on Earth, The Great Apes and The Year of the Tiger, as well as the creation of 13 national parks in Africa and reforms in chimp conservation. He is a former member of Magnum Photos, and he founded the LOOK3 Festival of the Photograph in Charlottesville, Virginia in 2007.