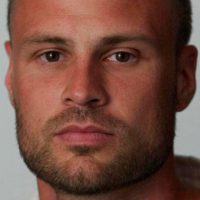 Photojournalist David Guttenfelder is a graduate from the University of Iowa with a B.A. in Cultural Anthropology, African Studies and Journalism. He began his career as a freelance photographer in East Africa after studying Swahili at the University of Dar es Salaam in Tanzania.

Guttenfelder is currently based in Tokyo where he serves as chief photographer for Associated Press Asia. As an Associated Press photographer, Guttenfelder has previously been based in Africa and the Middle East. He has covered a wide range of news events including the genocide in Rwanda and the wars in Kosovo, Afghanistan and Iraq. He also covered the Israeli Palestinian conflict, the 2008 election of President Obama as well as the tsunami and nuclear disaster in Japan.