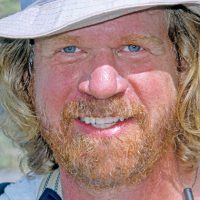 Mark Moffett is a Harvard-trained ecologist who has had close to 500 images featured in National Geographic magazine. Mostly of his subjects are the small and underappreciated: spiders, frogs and snakes. Over the last seven years, he has pursued unusual ants around the world to document the stories of their social lives for his new book, Adventures Among Ants.

Moffett is known for his storytelling, and is the only National Geographic contributor who has made regular appearances on The Colbert Report and Late Night with Conan O’Brien. His goal in photography is to make people fall in love with the unexpected in nature.