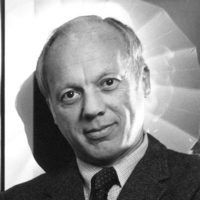 During his 50-year career as a photographer and photojournalist, Leigh Wiener photographed every U.S. president from Truman to Reagan, Hollywood legends from Marilyn to Marlon and musicians from Miles to Sinatra. After moving to Los Angeles in 1946, Wiener went on to become a staff photographer at the Los Angeles Times before shooting freelance for Life, Time, Fortune and Sports Illustrated. He created and co-hosted the Emmy-winning television show “Talk about Pictures” on KNBC. Wiener’s photographs are in the permanent collections of the National Portrait Gallery. He passed away in 1993, leaving behind a rich archive of images that uniquely captures the second half of the 20th century.