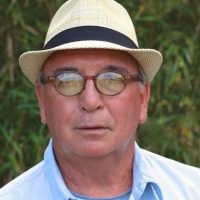 Lawson Little came to Nashville, Tenessee in 1997 from New York City where he taught fine arts photography classes at the Cooper Union School of Art and was the management photographer for the Jacob Javitz Convention Center, shooting entertainment and conventions. From 1997 to 2012, Little exclusively photographed the music industry in the Nashville area. In the past decade, he has chronicled the leading figures in Americana music through documentary and studio images.