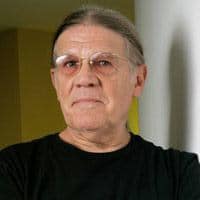 After founding the Modern Folk Quartet, Henry Diltz formed many friendships with recording artists of the California rock community in the 60s and 70s. Immersed in this world, he accidentally discovered a passion for photography, which turned into an obsession and occupation.

In a memorable six-year partnership with design legend Gary Burden, Diltz shot album covers for many artists including The Doors, The Eagles, Crosby Stills Nash & Young, Jackson Browne, America, Steppenwolf, James Taylor and Mama Cass. He was the official photographer at the Woodstock and Monterey festivals, and his work has appeared in The New York Times, The LA Times, Life, People, Rolling Stone and Billboard.