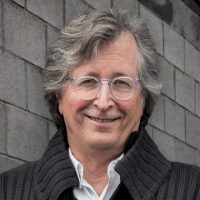 Ethan Russell is an author of three books and a Grammy nominated photographer and director. After working with The Beatles and The Rolling Stones, he received his first Grammy nomination for photographing The Who’s 1973 album “Quadrophenia.” Russell went on to photograph artists such as Jerry Lee Lewis, Janis Joplin, Eric Clapton, Linda Ronstadt, Rickie Lee Jones and Rosanne Cash. Russell also directed the music video for Hank Williams Jr.’s “There’s A Tear In My Beer,” which earned him his second Grammy nomination. Most recently, Russell launched an ongoing blog for The Huffington Post: “Music, Words, & Photography.”