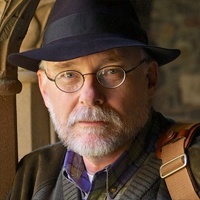 Jim Richardson is a photographer of global issues and landscapes for National Geographic magazine, as well as a documentarian recognized for his explorations of life in remote places.

Richardson’s first story for National Geographic was published in 1985. Every year since, he has been shooting for the magazine. He has 28 stories to his credit, and he is currently working on stories slated to be published in 2014 and 2015. He is on the road at least half of the average year.