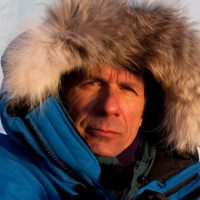 For three decades, James Balog has been a leader in photographing and interpreting the natural environment. He is an avid mountaineer with a graduate degree in geography and geomorphology and the author of eight books.

To reveal the impact of climate change, Balog founded the Extreme Ice Survey (EIS), the most wide-ranging, ground-based, photographic study of glaciers ever conducted. The project is featured in the documentary Chasing Ice, which won the award for Excellence in Cinematography at the 2012 Sundance Film Festival, was shortlisted for an Academy Award and received dozens of awards at film festivals worldwide.