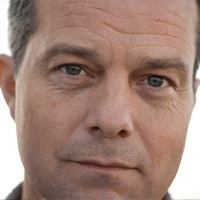 David Liittschwager is a contributing photographer to National Geographic and other magazines. Recipient of numerous awards, Liittschwager lectures and exhibits his work in both fine art and natural history contexts.

Liittschwager’s book project A World in One Cubic Foot: Portraits of Biodiversity began with a question: How much life exists in just one cubic foot? The imagined cube became a frame made of stainless steel rod that could travel and be set up in a variety of environments. Liittschwager’s goal was to photograph, as precisely and faithfully as possible, every creature that lived in or passed through the cube.