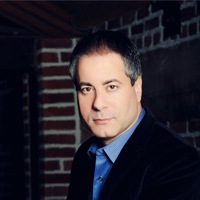 Steven Kochones is a director, producer and principal of Arclight Productions, an award-winning film and video production company based in Hollywood. He is an award-winning filmmaker who has documented the stories of over 75 acclaimed photographers in many films for the Annenberg Space for Photography, including Who Shot Rock & Roll: The Film, The War Photographers and Provocateur. Kochones’ other clients include Warner Bros., HBO, IMAX, DreamWorks and many more.