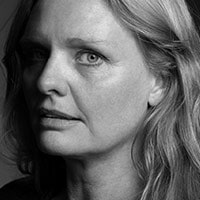 Aside from her fashion photography, Kate Orne has focused on equality issues in Pakistan. She is the first photographer to be allowed inside Pakistani brothels to document the prostitutes, their children and trafficking victims who are living stigmatized under cultural oppression. Since 2005, she has worked actively with the local residents and supports their efforts to strengthen their community and build a safer future for their children.

Orne is a 2010 Fellow for Photography from the New York Foundation for the Arts and the recipient of the Berenice Abbott award for photography 2008. Her journey to document the issues of human rights, isolation, intimacy and sexuality began in 2001 when she encountered impoverished Afghan widows in refugee camps in Pakistan.