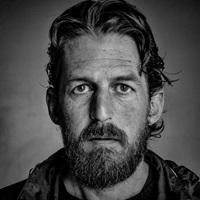 Matt Black‘s work has explored the connections between migration, poverty, agriculture and the environment in his native rural California and in southern Mexico.

In 2014, he began the project The Geography of Poverty, a digital documentary work that combines geotagged photographs with census data to map and document poor communities. In the summer of 2015, he completed a thirty-state trip photographing seventy of America’s poorest places. Other recent works include The Dry Land, about the impact of drought on California’s agricultural communities, and The Monster in the Mountains, about the disappearance of forty-three students in the southern Mexican state of Guerrero. Both of these projects, accompanied by short films, were published by The New Yorker.