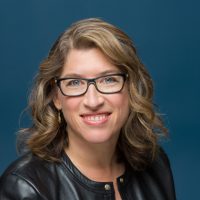 Acclaimed Emmy®-winning documentary photographer/filmmaker Lauren Greenfield is one of the 25 most influential photographers working today, according to American Photo. Her monographs Girl Culture, Fast Forward, THIN and other photographic works have been widely published, exhibited and collected by museums around the world, including the Los Angeles County Museum of Art (LACMA), J. Paul Getty Museum, San Francisco Museum of Modern Art (SFMOMA), Smithsonian, International Center of Photography and Museum of Fine Arts (Houston).

What’s more, Greenfield directed the record-breaking Super Bowl spot “#LikeAGirl” (90+ million downloads and 12 billion impressions) which YouTube voted the third best ad of the decade. Sweeping the advertising awards of 2015, Greenfield was named No. 1 director and Most Awarded Director by AdAge, the first woman in commercial history to ever top this list. In addition to going viral, the spot won a 2015 Emmy, 14 Lions at the Cannes Festival of Creativity (including the Titanium Lion), 7 Clios and Best in Show at the AICP Awards, upon which it became part of the Museum of Modern Art (MoMA) collection.