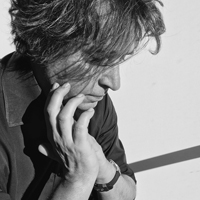 American photographer Andrew Moore is widely acclaimed for his photographic series, usually taken over many years, which record the effect of time on the natural and built landscape. These series include work from Cuba, Russia, Times Square, Detroit, the High Plains of the United States, and most recently, the American South.

Moore’s photographs are held in the collections of the Metropolitan Museum of Art, the Whitney Museum of American Art, the National Gallery of Art, the Yale University Art Gallery, Museum of Fine Arts Houston, the George Eastman House and the Library of Congress, among other institutions.