Skip to main content
Giselle and Rachel cruising down the Malecón, Havana, from the series Habana Libre, 2009
Photo by: Michael Dweck 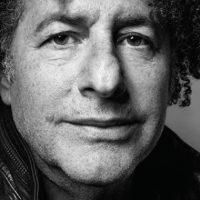 Michael Dweck is a contemporary American photographer, filmmaker and visual artist. Dweck’s narrative photography explores ongoing struggles between identity and adaptation in endangered societal enclaves. He has a profound sense of place and community which is reflected in his work, usually situated in a vivid geographic and social context.

Dweck’s notable works include The End: Montauk, N.Y.—his limited-edition monograph, recently republished for its 10th anniversary—an idyllic and sensual portrait of the famed fishing community, offering an idealized glimpse into the lives of the beautiful denizens who comprise its surfing subculture. Michael Dweck: Mermaids, published in 2008, is an impressionistic underwater dreamscape populated by the storied “river children” of rural Florida; and Habana Libre, from 2010, is a prophetic narrative that contrasts the privileged lifestyles of Cuba’s creative class with the crumbling backdrop of a so-called “classless” society, which made him the first living American artist to have a solo museum exhibition in Cuba.

Dweck studied Fine Arts at the Pratt Institute in Brooklyn, New York, and began his career in advertising where he went on to become a highly regarded creative director, receiving over 40 international awards, including the coveted Gold Lion at the Cannes International Festival in France. Two of his long-form television pieces are part of the permanent film collection of The Museum of Modern Art in New York. Dweck currently lives in New York City and Montauk, N.Y., where he is finishing his first feature-length film.