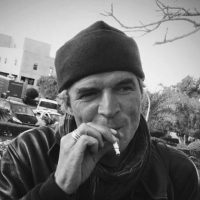 As a photojournalist for the past 25 years, Yuri Kozyrev has witnessed many world-changing events. He started his career documenting the collapse of the Soviet Union, capturing the rapid changes in the former USSR for the LA Times during the 90’s. In 2001, Yuri started to cover international news, working before from Afghanistan and then from Iraq as contract photographer for Time Magazine.

Since the beginning of 2011, Yuri has been documenting the “Arab Revolutions” and their aftermaths in Bahrain, Yemen, Tunisia and specially Egypt and Libya. Yuri has received numerous honors for his photography, including several World Press Photo Awards, the OPC’s Oliver Rebbot Award, and the ICP Infinity Award for Photojournalism, the Frontline Club Award, the Visa d’or News and the Prix Bayeux-Calvados, and he was named 2011 Photographer of the Year in the Pictures of the Year International competition. In 2015, Yuri covered the conflict in eastern Ukraine and the migrant crisis in Europe