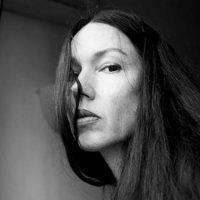 Katharina Hesse was born in Germany. After studying Sinology and Japanese at the National Institute of Oriental languages and Civilizations in Paris, she moved to China as a graduate student in 1993.

Hesse is a self- taught photographer who has worked throughout Asia for more than two decades. her work primarily focuses on social issues in China such as youth and urban culture, religion and North Korean refugees. Her work as appeared in publications including Courrier International, Der Spiegel, D della Repubblicca, Die Zeit , EYEmazing, Financial TImes, Le Monde, Le Monde Diplomatique, OjodePez and Reporters without Borders. In 2011 Hesse and Hongkong-based writer Lara Day published a book exploring the lives of sex workers in Bangkok, Thailand.

Her work as been shown among others at Noorderlicht (Netherlands ), Visa Pour l’Image (France), Moving Walls 20 (USA) and DokFoto (Norway) and she is represented by Laif, Agentur für Fotos, Germany.