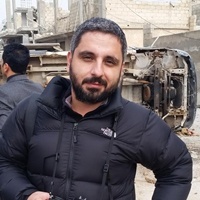 Bülent Kiliç, a Turkish photographer born in 1979, began his career as a journalist for the local press and in 2005 became a photographer, joining AFP as a stringer two years later. He is currently the photo manager for Turkey and has carried out several foreign assignments including in Ukraine and Syria.