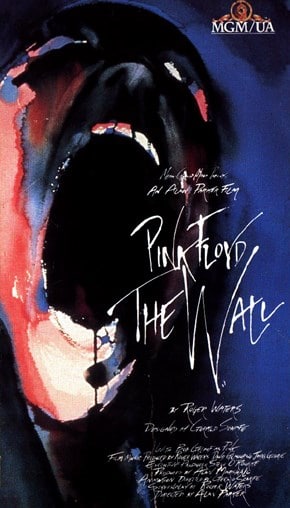 On Tuesday, November 30, 1979, Pink Floyd released The Wall, the legendary concept album featuring 26-tracks with lyrics that chronicle the rise and fall of a rock star named “Pink Floyd.” Join us as we celebrate the 40th Anniversary of this landmark rock opera release – to the day –  with this screening of the feature film written by the band’s co-founder and bassist Roger Waters.

Dystopian, surreal, and darkly comic, the film explores how the psychological walls that shape our identities and worldviews as adults are often informed by momentous childhood experiences. Directed by Alan Parker, Pink Floyd: The Wall depicts Pink, the rock icon driven to build metaphorical (and physical) walls around himself after coping with the death of his father. The film is scored to its namesake and full of remarkable visuals, including animation sequences by English artist Gerald Scarfe.