Veteran Hollywood photographer Matthew Rolston, joined by award-winning journalist and film director Matt Tyrnauer, will engage in a lively discussion of Rolston’s latest project—a book and exhibition of his works from the 1980s. Much of the work was commissioned by Andy Warhol for Interview magazine and Jann Wenner for Rolling Stone. More than just an examination of Rolston’s work, the talk, video and accompanying slideshow presentation will encompass the meanings of Hollywood glamour, its origins and modern history.

Rolston is a well-established icon of Hollywood photography. Alongside such luminaries as Herb Ritts and Greg Gorman, Rolston was a member of an influential group of photographers (including Bruce Weber, Annie Leibovitz, and Steven Meisel) who came from the 1980s magazine scene. Rolston helped define the era’s take on celebrity, gender bending, and more.

Hollywood Royale: Out of the School of Los Angeles presents a striking array of portraits that beautifully capture the decade and its myriad talents. From Michael Jackson and Madonna, to Prince, George Michael, and Cyndi Lauper, the selection of images presents a virtual “who’s who” of ‘80s pop culture. Rolston’s images recall the glamour of Old Hollywood with postmodern irony, helping to point the way toward the cult of fame we live with today. 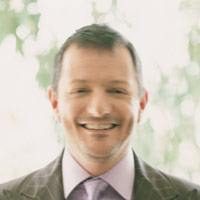 Matthew Rolston’s photography career began at Interview Magazine, where he was discovered by Andy Warhol. Since then, he has photographed for magazines like Rolling Stone, Harper’s Bazaar, Vogue, and W. Rolston has also directed films, music videos and television commercials. Recently, Rolston has begun to expand into brand creation and hospitality design, conceiving an entirely new…