From the days of America’s Founding Fathers, the United States has been characterized as a frontier nation filled with equality, freedom, and opportunity. Yet, walls are built, borders are closed, and access is often cut off, challenging this idea of the mythical frontier land.

Exhibition curator Dr. Jen Sudul Edwards will lead a conversation between the esteemed photography scholar, Deborah Willis, and photographers Linda Foard Roberts and Tony de los Reyes – both of whose work is included in W|ALLS – to unpack how and why America, since its founding, has built walls inexorably tied to racial divides in our “South” – whether cemetery walls that separated the graves of slave and slave-owning individuals in North Carolina, or fortification of walls at the U.S.-Mexico border. Seeing beyond the visible, exploring ideas of myth, and examining the ways identity, racial memory, and lost history are represented through photography at America’s Southern frontiers will be the focal point of this discussion. 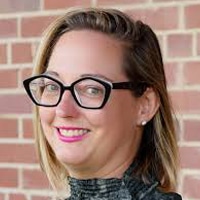 Dr. Jennifer Sudul Edwards served as the curator at the Bechtler Museum of Modern Art from 2015 to 2018; during that time, Sudul Edwards organized 14 exhibitions, including Mexican Masters of Modern Photography (which drew from the Bank of America collection), Celebrating Jean Tinguely, and Wrestling the Angel: A Century of Artists Reckoning with Religion.

In June 2017, Charlotte Magazine named her “Best Curator” in Charlotte, North Carolina; in 2016, the Charlotte Observer named her one of the “15 Women to Know in Charlotte.” Sudul Edwards is a cofounder and co-organizer of Spheres Series and serves on the Board at Goodyear Arts and on the AFA Advisory Committee at Central Piedmont Community College.

Sudul Edwards received her doctorate in 2014 from New York University’s Institute of Fine Arts, with the support of a Metropolitan Museum of Art fellowship. Prior to finishing, Dr. Sudul Edwards helped organize the exhibition Pasadena to Santa Barbara at the Santa Barbara Museum of Art for the Getty’s inaugural PST series and then was an Assistant Curator at the Norton Simon Museum in Pasadena. After curating W|ALLS: Defend, Divide, and the Divine for the Annenberg Space for Photography, Sudul Edwards was named Chief Curator and Curator of Contemporary Art at the Mint Museum in Charlotte. 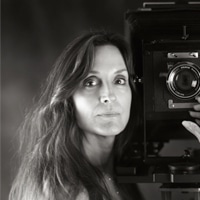 Linda Foard Roberts’ work is deeply personal, rooted in memory, family and local histories, combined with philosophical inquiries about life, death, and basic human rights. Using 8″ x 10″ and 5″ x 7″ cameras and preferring the imperfections of old lenses – and the history that is untold within them – her work is metaphorical and layered, intending to cross language and cultural barriers. In 2016, Roberts completed her first monograph, PASSAGE, published by Radius Books, debuting at Paris Photo with signings at AIPAD in New York and Hauser and Wirth. In 2017, she was the honored speaker for Visionary Women which inspires and supports strong women. Her work has been exhibited throughout the United States and internationally, including Australia, Guatemala, Argentina, and Germany. She is represented by SOCO Gallery in Charlotte, North Carolina, and Sol del RIO in Guatemala City, Guatemala. Roberts lives and works in Weddington, North Carolina. 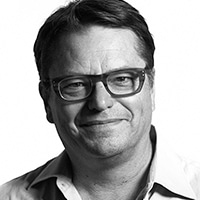 Tony de los Reyes’ paintings and prints are based on personal and historical images of the U.S.-Mexico border. By combining the seemingly disparate languages of abstraction and documentation, his work constructs metaphors for the border’s complexity and shifting reality. De los Reyes has been in numerous gallery and museum exhibitions, including On the Move: A Century of Crossing Borders, at the Los Angeles County Museum of Art. His work is in the collections of LACMA, the New Britain Museum of Art, the Santa Barbara Museum of Art, and the New York Public Library. He is the recipient of a California Community Foundation grant, and an Individual Artist Fellowship Award from the City of Los Angeles. He received his MFA from the San Francisco Art Institute and lives and works in Los Angeles. 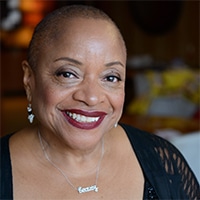 As an artist, author and curator, Deborah Willis’ art and pioneering research examines photography’s multifaceted histories, visual culture, the photographic history of Slavery and Emancipation; contemporary women photographers and beauty. She is a celebrated photographer, acclaimed historian of photography, MacArthur and Guggenheim Fellow, and University Professor and Chair of the Department of Photography & Imaging at the Tisch School of the Arts at New York University. She is also the director of the NYU Institute for African American Affairs and the Center for Black Visual Culture. Willis received the NAACP Image Award in 2014 for her co-authored book Envisioning Emancipation: Black Americans and the End of Slavery (with Barbara Krauthamer) and in 2015 for the documentary Through a Lens Darkly, inspired by her book Reflections in Black: A History of Black Photographers 1840 to the Present.