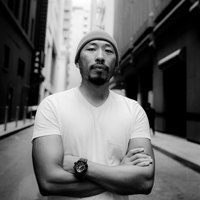 Zun Lee is an award-winning photographer from Toronto who was named as one of PDN’s 30 in 2014. His visual storytelling has been widely featured in The New York Times and The Washington Post, on MSNBC and in other publications. His book Father Figure was shortlisted for the Aperture PhotoBook Awards 2014 and was named a winner in the Photo Books category of the 2015 PDN Photo Annual competition.