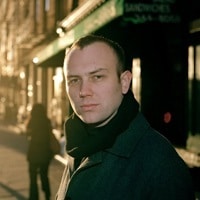 Ziyah Gafić was born in Sarajevo, where he graduated in Comparative literature. Since 1999 he has been travelling extensively and covered major events in more then forty countries. Gafić’s work was exhibited at many relevant galleries and photo festivals such as: Visa pour l’image Perpignan, Rencontres du photograhie Arles, Fovea Editions New York, Oude Kerk Amsterdam, Tom Blau gallery London, Grazia Neri gallery Milano. Nowdays, he regularly publishes his work in some of the worlds leading publications such as Amica, La repubblica, Time, Tank, Telegraph Magazine, Newsweek, L’Espresso. His photo essay on Bosnia was published in the book „Tales from Globalizing World“ by Thames & Hudson while his works are included in several overviews of contemporary photography such as „Photography as Contemporary Art“ by Thames & Hudson and „The way people live“ by Gabriel Bauret.
Gafić just completed his long term project “Troubled Islam”.

They are simple objects: clocks, keys, combs, glasses. They are the things that victims of genocide in Bosnia carried with them on their final journey. Most of them were killed in the early days of the war and towards the end of hostilities, when UN safe zones like Srebrenica fell into the hands of the Serb Army. Once all missing persons are identified, only the graves and these everyday items will remain. In all their simplicity, these items are the last resort of identity, the last permanent reminder that these people never existed.