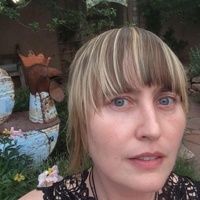 Yvette Maria Dostatni is in the process of photgraphing conventions. From the bizarre — such as the “Players Ball for Pimps and Prostitutes” — to the decidedly dull — the Korean American Drycleaners Association Convention, for example. Yvette is fascinated with conventions because these are the events where one comes to not only exhibit and sell products — from sex to funeral headstones — but also to exhibit themselves. Here, it is the consuming of identities that becomes the product. At a convention the fluidity of one’s reality is subsumed and recast as a pimp, a drycleaner, Abe Lincoln, taxidermist, or “furry” etc. It therefore becomes a place with it’s own set of underground yet manufactured rules and regulations, costuming and language. Conventions create their own version of consumerism; their own branding, their own logos.

Yvette Marie Dostatni is a Chicago native who has been photographing professionally since the age of 18. Her work has appeared in SPIN, Smart Money Magazine, Shape Magazine, Russian Esquire, National Geographic, Chicago Magazine, The Chicago Tribune Magazine and The Chicago Reader.

In the year 2000, she was selected as one of eight full-time photographers to document the city of Chicago as part of the Comer Foundation. She is also the winner of numerous documentary photography awards including two consecutive Magazine Photographer of the Year awards for portraiture.

Yvette Marie Dostatni’s portfolio is in the Permanent Collection at the Art Institute of Chicago and The Museum of Contemporary Photography’s Midwest Photographers Project in Chicago.